In Merry Mexico
by Stephen Leacock
Presented by the Online Stage
Stephen Leacock (1869 – 1944) was the Canadian equivalent of Mark Twain – a classic humorist, with a crisp and elegant prose style and a very keen eye for the follies of society.  At the peak of his popularity   he was one of the most widely read writers in the English language.   Jack Benny and Groucho Marx considered his books among the funniest that they had ever read.
In Merry Mexico is taken from the collection Further Foolishness, which contains a number of political satires, focusing on the subject of war.  In this story, the narrator travels to Mexico, which he believes to be in the grip of a revolution, in search of an old friend and business associate.  However, he finds that the situation is not quite as he had expected.
Cast
Narrator - Jeff Moon
Raymon - David Prickett
Aide-de-camp to General Carranza - Russell Gold
General Carranza - Andy Harrington
American clerk - Brett Downey
Assistant - Leanne Yau
Bystander - John Burlinson
Film director - Ben Stevens
Sister of Mercy - Susan Iannucci
Frank Villa - Ben Stevens
Audio edited by Denis Daly
Cover design by Denis Daly
This recording may be freely downloaded and distributed, as long as the Online Stage is credited as the author.  It may not be used for commercial purposes or distributed in an edited or remixed form.
The Online Stage is a collective of narrators and actors who have come together to create premium quality recordings of dramatic works in audio format. For more information about our productions please visit The Online Stage 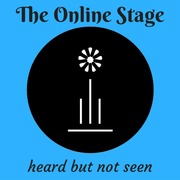 Uploaded by The Online Stage on September 23, 2016